Here in New Jersey, the summer is certainly upon us! The forecast holds a long heat wave for the Jersey Shore and it’s times like this that makes me grateful for electricity and air conditioning!

Whoa mama, it is HOT!

Before I get into my first humble attempt at growing my own food, let me give you a little background about me. I am an avid fan of zombie fiction, I believe that one day the power might go off, and a major storm may change our way of living. Call me crazy and say I’m nuts but hey, it could happen. 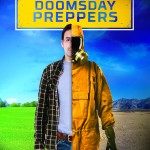 I do not believe my want for self-sustainability is the result of my doomsday fantasy playing out (as others might suggest), but it is never a bad idea to prepare for the worst. Furthermore, I think our society has been far removed from agrarian culture in a bad way. People don’t know where or how their food is grown and rely solely on the convenience of a supermarket to give sustenance. A direct result of this is (1) the obesity epidemic in the United States and (2) the manipulation of our food supply.

Unfortunately, most of our vegetables are GMO and livestock are dining on these GMO foods so we lose both ways. It is almost impossible to avoid these foods because it is so widespread, but we can all make a conscious effort to move towards more natural foods and leave all of that processed crap by the wayside. 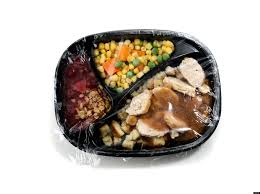 This is something I have heard around for years, but I never put it into practice until I began my Paleo journey. To keep it short, here is the point: once I started eating fresh food, shopping the perimeter of the grocery store, and cutting out as much processed food as possible I (1) lost about 40 lbs in roughly 7 months, (2) had more energy than ever before, (3) my skin cleared up, and (4) my body responded better to exercise.

So with all of that being said, this spring I decided to try my hand at gardening. I bought some seedlings from my local nursery and planted them in late April. 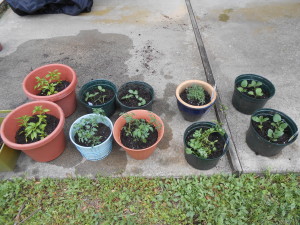 Because this is my first time gardening, I stupidly started my plants very close together in the same pot. Most of them came with 6 seedlings for anywhere from $1.50-$2.50. I tried to divide them up so three would be in each pot, but as you shall see, that isn’t such a good idea. Not to mention that these pots are WAY TOO SMALL to house this many seedlings. My Lola and Lolo always kept gardens and my Lola was shocked to hear that I put these in the pots three by three. She said in the future to only put one seedling in each pot. After a bit of research I also saw that most people who do container gardening use big tubs for their plants. This is something I will definitely use next year. 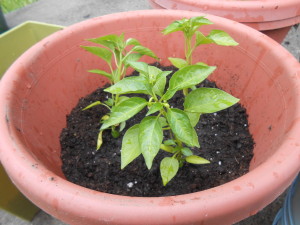 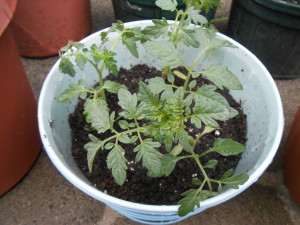 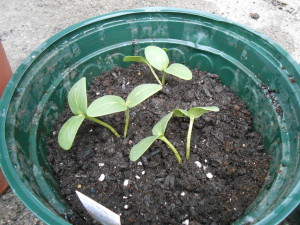 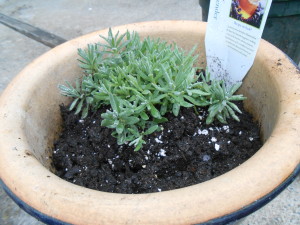 Okay, okay, lavender isn’t really going to feed us when the world ends, but it sure will make us smell good! 🙂 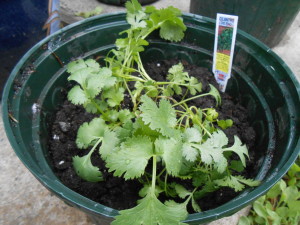 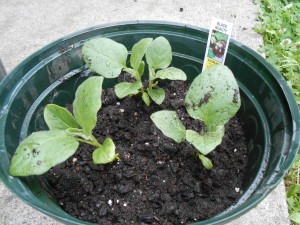 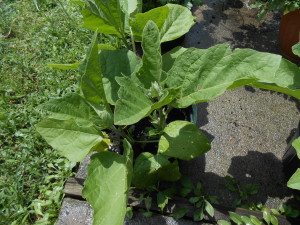 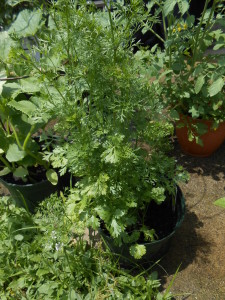 I had attempted an indoor herb garden last year and failed miserably. However, I have learned that cilantro grows like a WEED outside! 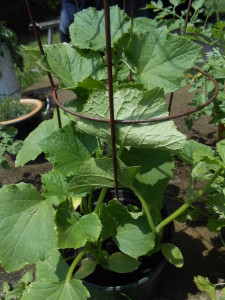 So mistake #2 was not starting the cucumbers with a trellis around it. Next year I will definitely start the seedlings with this in place. I was shocked how heartily and quickly this plant grew. 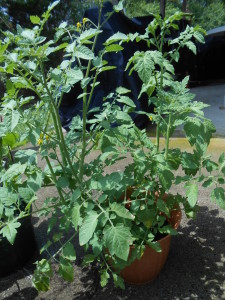 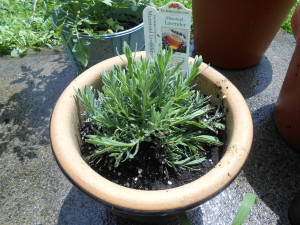 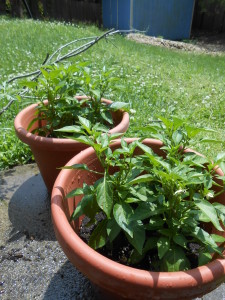 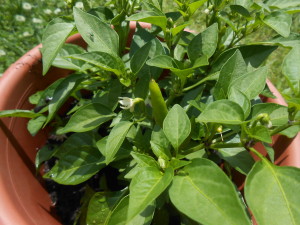 I love this plant. Not only is it low maintenance, but it was my first to produce a vegetable! 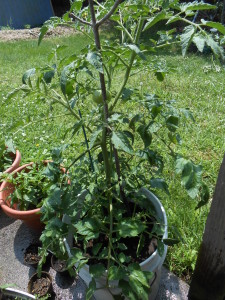 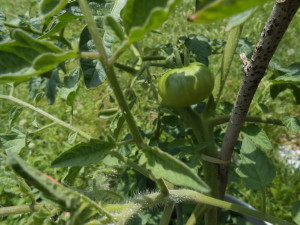 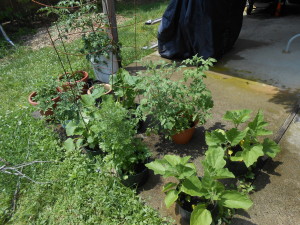 My little container garden has come a long way in a little over a month! 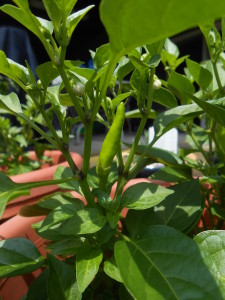 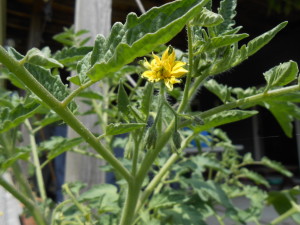 You’ll know your vegetables are coming along nicely when you notice an abundance of buds and flowers. Despite most people’s aversion to bees, you’ll want them to hang around your garden. The more they pollinate, the more your garden will thrive! 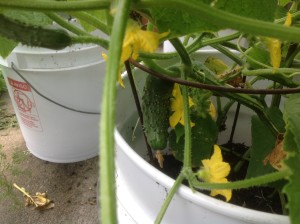 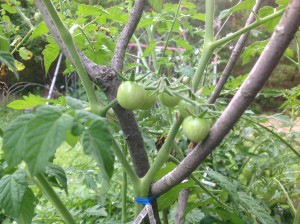 You’ll notice in this picture that I used a large tree branch to stabilize my tomatoes with a twist tie. If you do not support the plant, it will droop over. 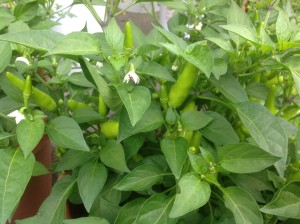 Look at the abundance of chili peppers! I told you this grows so easily and quickly! However, these peppers are super spicy and I will probably not be able to use them all right now, but they do freeze very well. 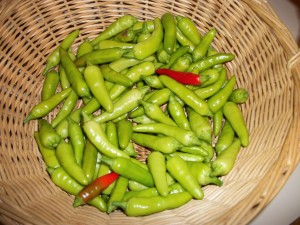 And, I leave you with my first pepper harvest! The red ones are very mature and VERY HOT!

Thank you for stopping by and practice Aloha! I will give you more gardening updates as my plant grow and thrive!

One thought on “DIY: Gardening”