Oh Disney World, I love you so. You house the most fantastic mother-daughter vacations EVER and that’s why we keep coming back every year – sometimes bi-yearly! – for more. Typically, my mother and I visit Orlando in January-February and/or August-September for our girls only trip(s). This year, because I am out of school and actually have flexible vacation days, we decided to hop on down to Orlando in the end of October to beat the crowds and indulge my love of Halloween 🙂 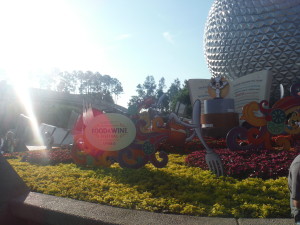 I confess, my initial motivation for visiting in the end of October is to salivate over the Walking Dead scenes at Universal Studios’ Halloween Horror Nights, but stumbling upon the Epcot Food & Wine Festival is just as exciting! We did the regular side of the park first and gradually made our way though the countries and the food carts at a slower pace. The map of the food carts is intense because there are SO MANY OPTIONS. Trust me – it will be hard to taste something from each cart without a BIG appetite and some deep pockets. Here’s the 2013 map. I know it’s hard to read, but I have linked it to the larger version. Study this before you go and thank me later!

Hey, even better – see here for a full menu. Here are a few tips based on my experience:

What follows is a photo review of what we ate! It was a unique and delicious experience to say the least! I am not a drinker, but believe me – there were at least 2 alcoholic choices at each cart. 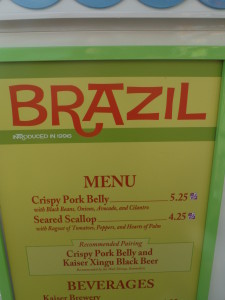 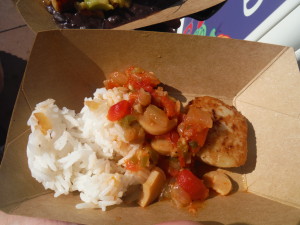 Seared Scallop with ragout of tomatoes, peppers, and hearts of palm 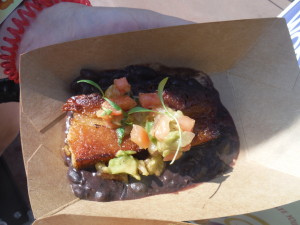 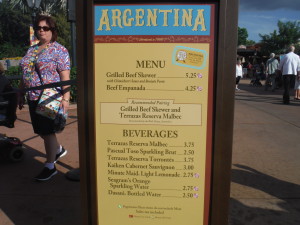 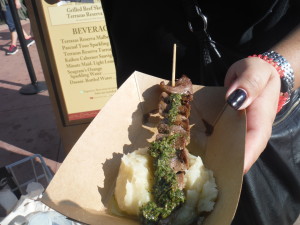 Grilled Beef Skewer with chimichurri sauce and boniato purée (This is my absolute favorite. I would eat 5 plates!) 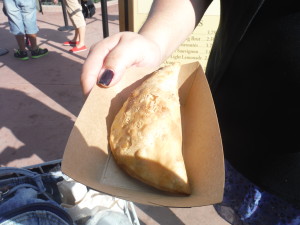 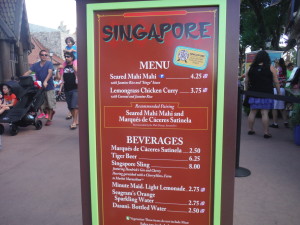 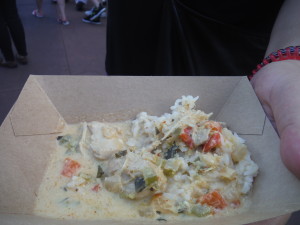 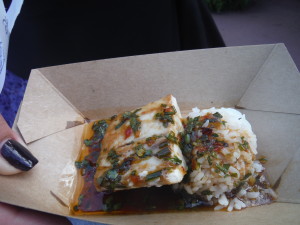 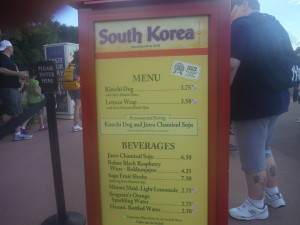 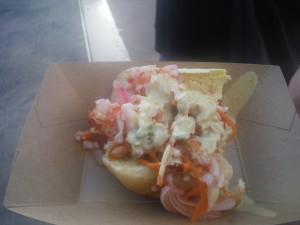 Kimchi Dog with spicy mustard (This is the only way I want to eat hotdogs from now on!) 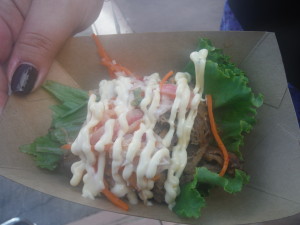 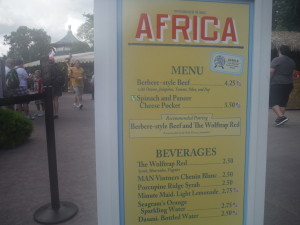 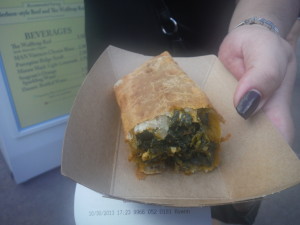 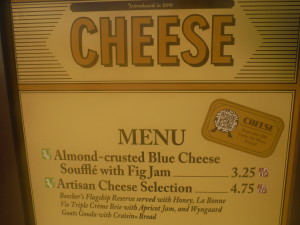 Cheese (Yes, they had a cart dedicated to cheese!) 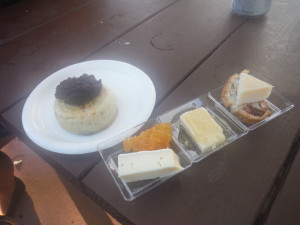 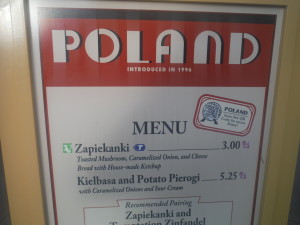 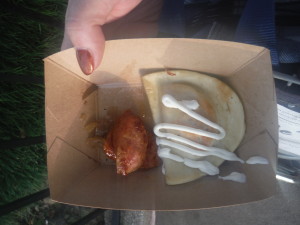 Kielbasa and Potato Pierogi with caramelized onions and sour cream 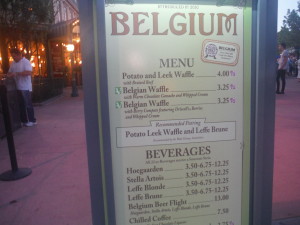 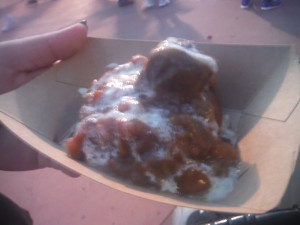 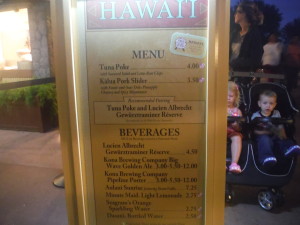 And last but certainly not least – Hawaii! 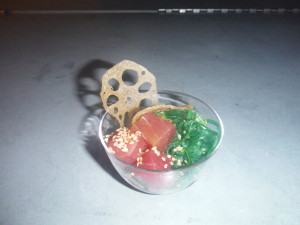 Tuna Poke with seaweed salad and lotus root chips (ahhh, I love everything about this) 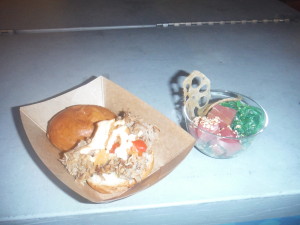 There you have it. All of the deliciousness that is the Food & Wine Festival at Epcot. Trust me, there were at least 7 other carts we didn’t get to and their selections were just as enticing as these. If I did it all over again, I would start the countries at 11 am and work my way – very slowly – around to taste everything! If you make it there before it’s done, let me know what you tried and how you enjoyed it!

P.S. – be sure to get yourself some Dole Whip from the Magic Kingdom! It will change your life! 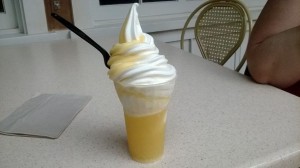